A couple of weeks ago, I had the honor of representing Sho-Air Twenty20 at the Zwift KISS Women’s Super League Championship race in Oudenaarde, Belgium. When I say it was a whirlwind trip, I mean it. Nicola and I hopped on an overnight flight, arrived in Belgium the next morning, I raced the following night, then we flew straight back to the States the next morning.

Part of what made this race so special was that it was a live event with special guest spectators. It was also held in the one and only Tour of Flanders Museum. Additionally, Nicola and I were able to meet the amazing people behind Zwift, as well as some of the riders from other participating teams. 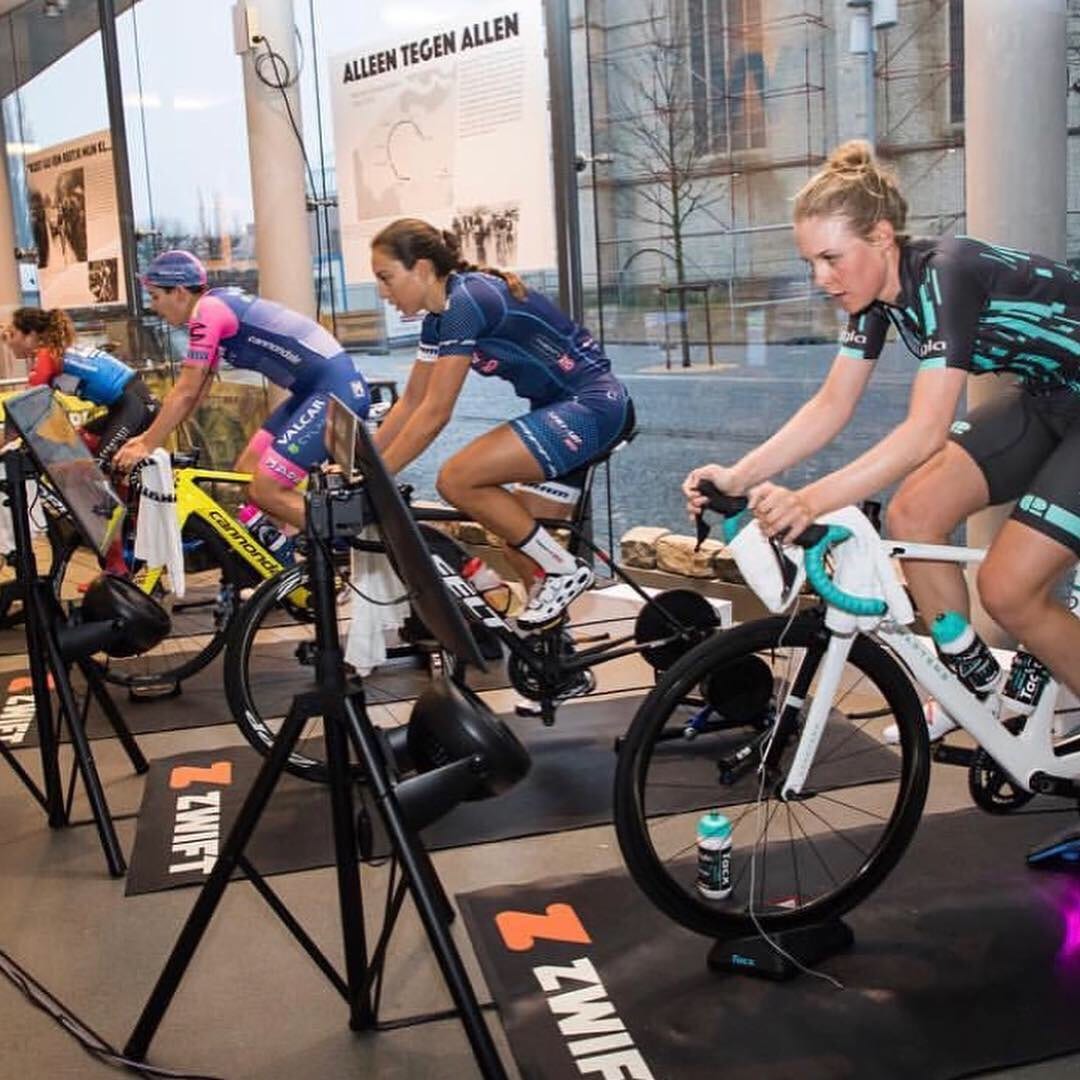 Even though we arrived just a day before the event, we still had a bit of time to relax and explore the town a little (but unfortunately not quite enough time to get over the jet lag). I built my bike up and found the perfect bike path to spin the legs outpost travel, and we even managed to find a delicious pita restaurant which was one of only a couple places open on a Monday.

About 24 hours later it was officially race time. There were eight of us from different teams all lined up in the main hall of the museum with a spectating area towards the back. We each had our own full set up (bike, smart trainer, power up button, towel, fan, and tv screen), and there was a tv crew present whose purpose was to conduct interviews and catch all the suffering on the live stream. 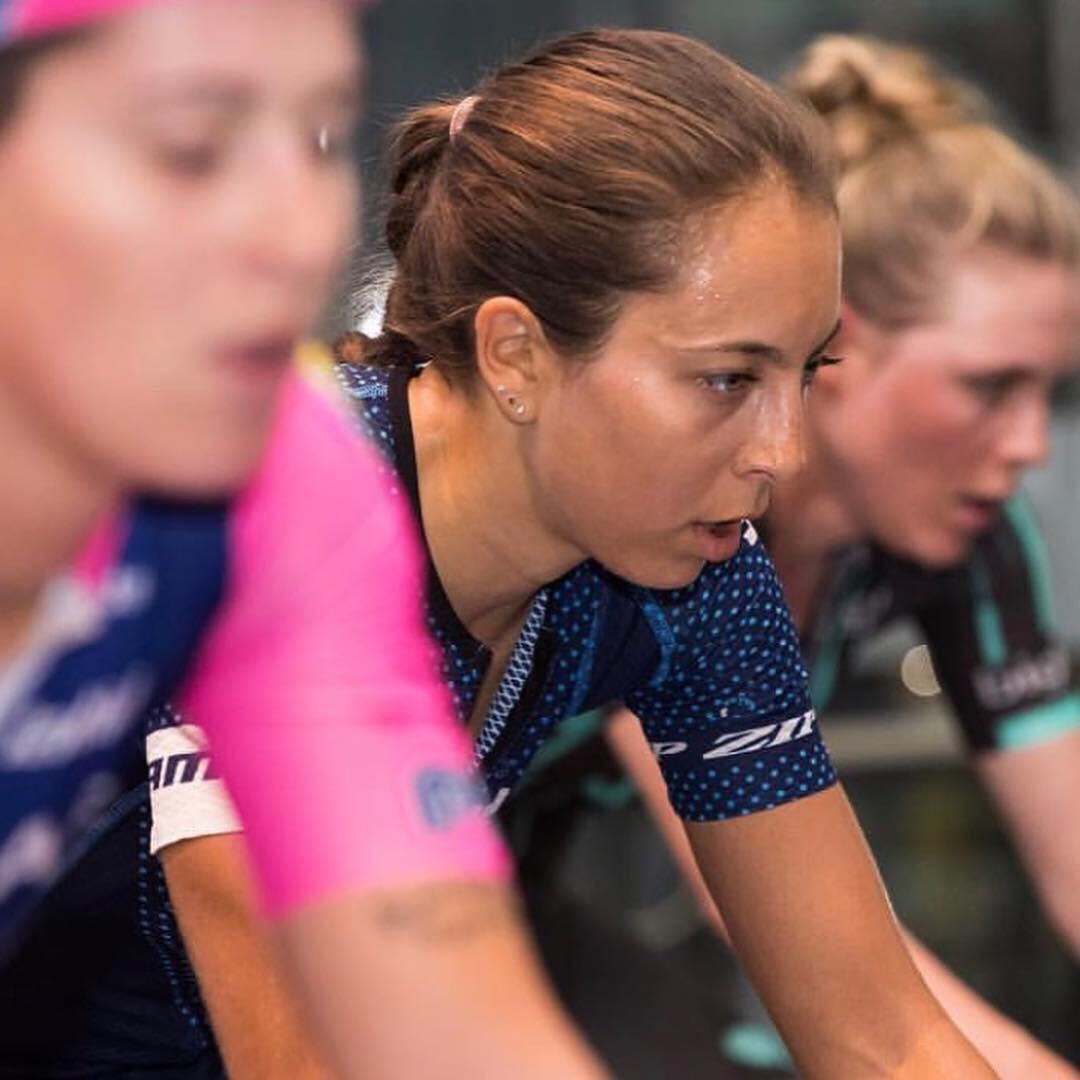 The race consisted of three laps on the Watopia flat course (which wasn’t completely flat with a few false flats and small climbs) and was about 31k total. The entire race only lasted about 42 minutes which is pretty standard in terms of Zwift races which are usually only about 35-50 minutes long. Short races like these mean FAST starts, followed by a TT-like effort for the remainder of the race.

Overall, I feel like I paced the race well and kept a good position throughout. However, I think I need to practice using power-ups more efficiently since there were a couple of times where I used them too soon or too late. In the end, it was another good day for Sho-Air Twenty20, with all of my teammates in the top 10 and myself in 11th. We were also able to secure 2nd overall in the series team standings.

I’m so grateful to have had the opportunity to be at this live event and to have taken part in the first ever Zwift KISS Super League race series. This genuinely makes me want to do more Zwift racing because I feel like I’ve only just gotten a taste of it, and I know I can get better at it with more experience! 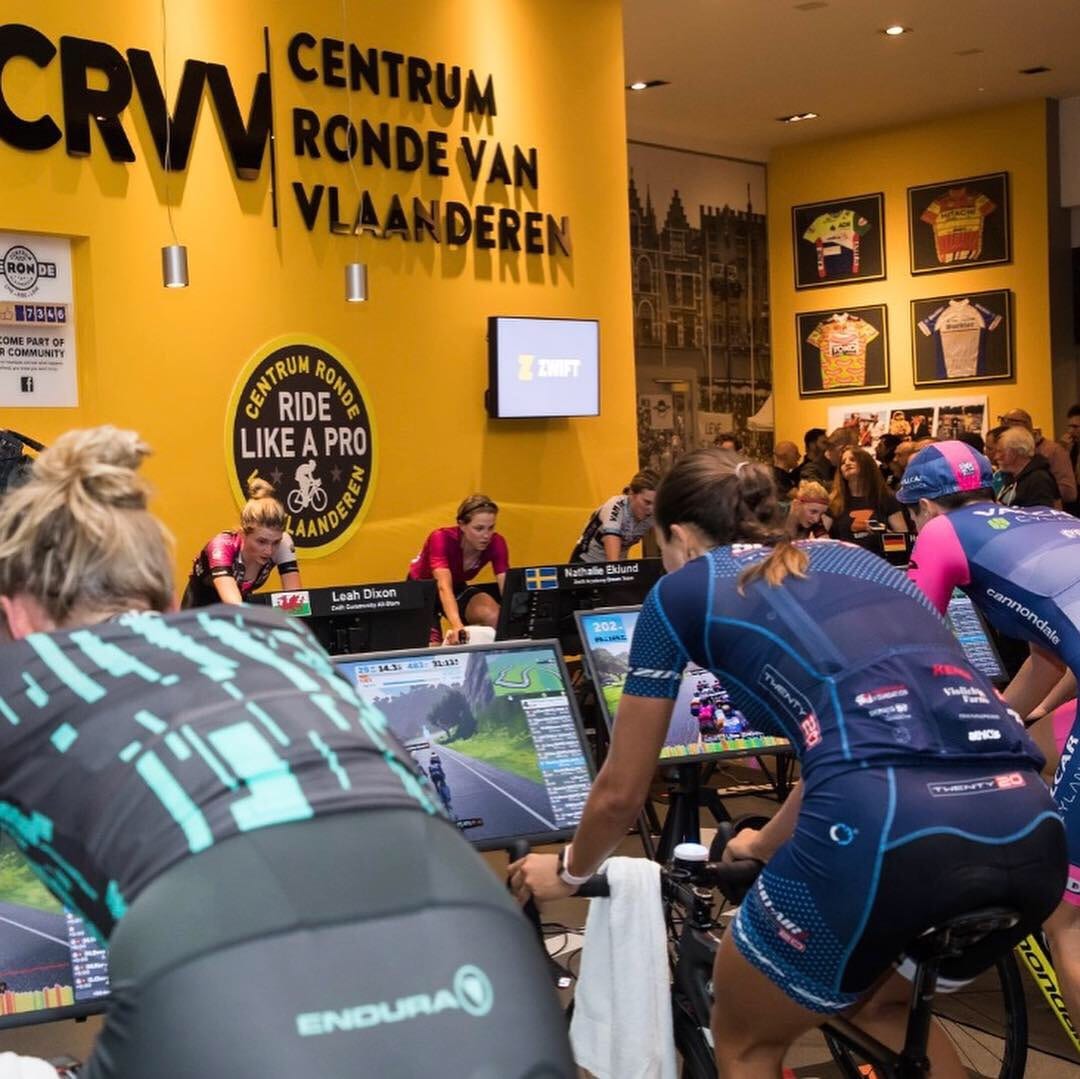 I also truly appreciate the equal platform Zwift has created within this type of racing in terms of both opportunity and prize money, which goes a long way in terms of furthering women’s equality in the cycling community. Another aspect I appreciate is how the league has opened up doors for people who struggle with making it to actual races. How cool is it to be able to race from the comfort of your own home? Furthermore, Zwift allows me to get in some quality intensity between race blocks and allows me to communicate/connect with my teammates between races. Overall, there is still so much potential for Zwift and I’m excited to see how it develops within the coming years.

Huge thanks to Zwift and Sho-Air TWENTY20 for giving me the opportunity to race. Hopefully there will be some more races in the not-so-distant-future.