It’s always a pleasure getting to race pro nationals in Knoxville. This was the third year the city had hosted the National Championship and I’m excited Nationals will remain there for the next couple of years. The crowds and racing were nothing short of exciting, plus there are plenty of amazing food and coffee shops in and around downtown area… heaven for a coffee enthusiast/foodie like myself.

The first day of racing was the time trial. Time trials are something I have been trying to improve on and its been fun seeing my progress over the last couple of years. I still have a long way to go to reach the level where I want to be, but I’m sure that if I keep 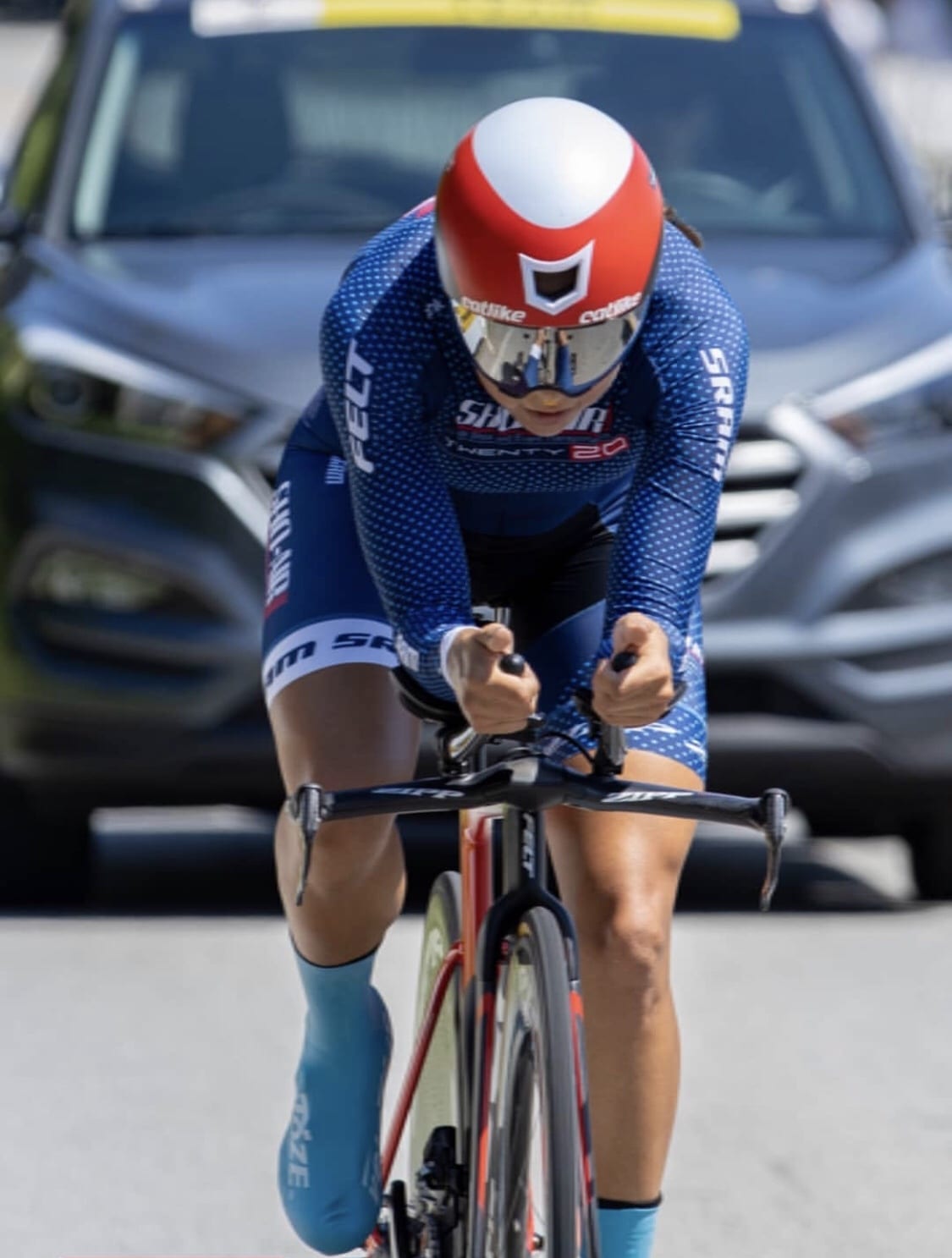 making incremental steps of improvement, I’ll get there eventually. The TT course consisted of two 7 mile laps with each lap consisting of two 180 degree turns and a hilly neighborhood loop (my favorite part). Other than the loop through the neighborhood and one short little kicker, the course was flat. It was a hot day but thankfully not as hot or humid as what I’m used to in Florida. The course also ran along a river which I’m sure helped a little with the heat. I quickly found my rhythm soon after the start, and overall had a strong first lap. Then the second lap came, and I quickly started fading. I had found myself struggling to keep my target numbers about halfway through the first lap, but by the time I hit the second lap, my numbers started dropping fast. I had managed to pass the girl ahead of me on the first lap, but was caught by the girl who had started behind me on the finish stretch, a sure sign that I my first lap was faster. In the end, I was able to snag 14th place, a solid improvement over last year. Looking back, I probably could have gone out a little more conservative, but I’m still happy knowing that I gave it my all. 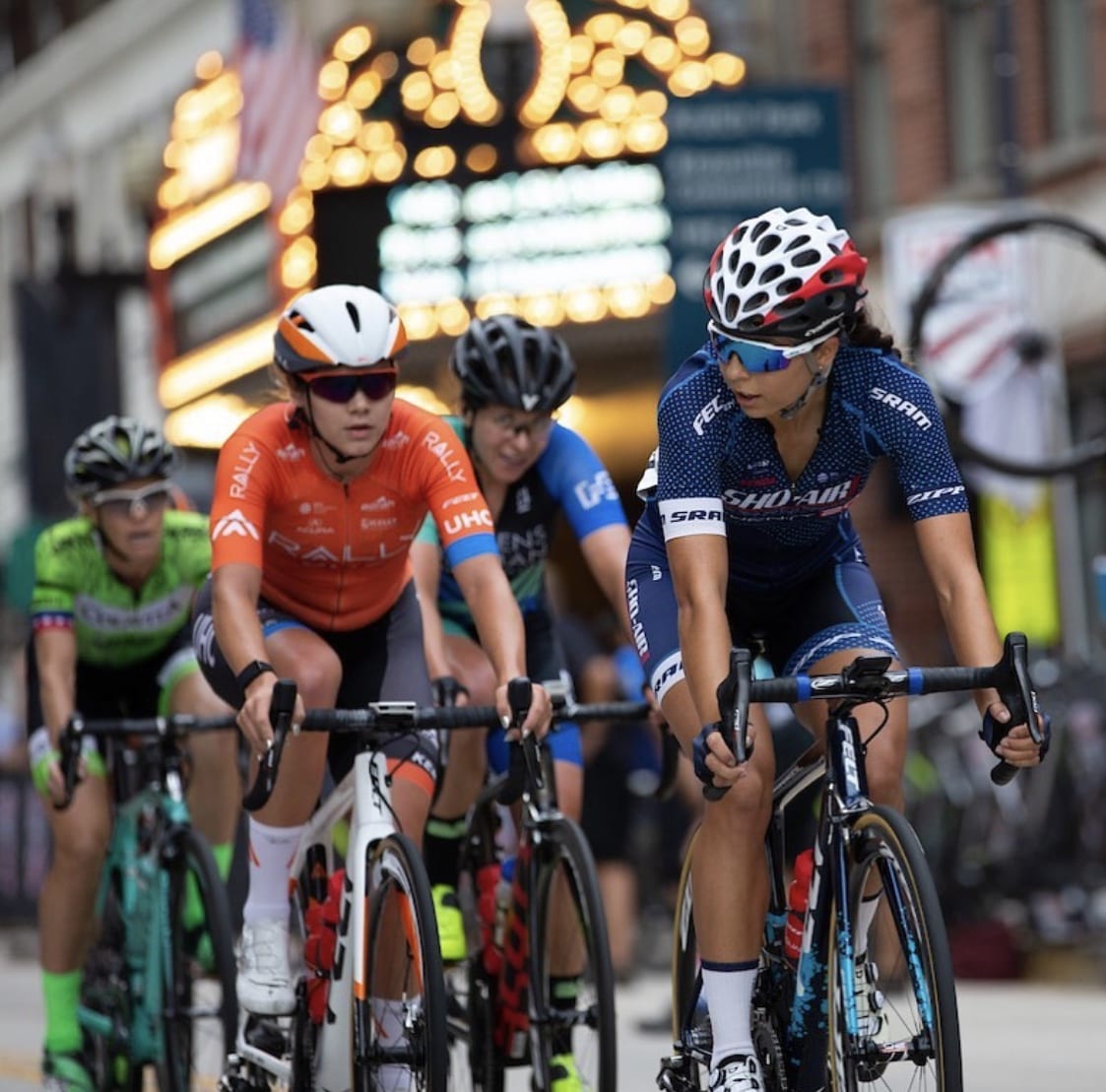 The following day was the criterium: 70 minutes of fast, painful, and exciting racing through downtown Knoxville. We knew going in to the race that Chloe had a good shot at taking the win, so the plan was to ride aggressively and keep her safe throughout the race. My job was to cover things in the second half of the race and if possible, drive the pace at the front for the last couple laps to make the finish fast for Chloe. During the race, our team did well with attacking, counter-attacking, closing gaps, and communicating with each other. I stayed fairly hidden in the first part of the race while just focusing on keeping good position near the front, but managed to close down a couple gaps towards the end and drove the group at the front on the second to last lap. A few moments of lost concentration, and I fell back a few spots on the final lap. Instead of driving the group, I instead tried to stay on my teammate Chloe’s wheel but couldn’t quite hold it on through the last few turns before the finish. Overall I didn’t feel as punchy as I normally do during crits, but I felt good with maneuvering through the group and every time we went up the climb just before the finishing straight. In the end, I finished 13th, with Chloe finishing 6th. Though we didn’t get the win, I’m so proud of how our team rode and worked together.

After a nice rest day spent spinning with the team, catching up with friends and family, and attending a wonderful Athletes in Action Bible study, it was finally time for the road race. The course consisted of 9 laps totaling just over 70 miles, and included the notorious Sherrod Hill, 2 minutes of steep, punchy, and painful climbing. We went into this race with a similar plan to the crit: 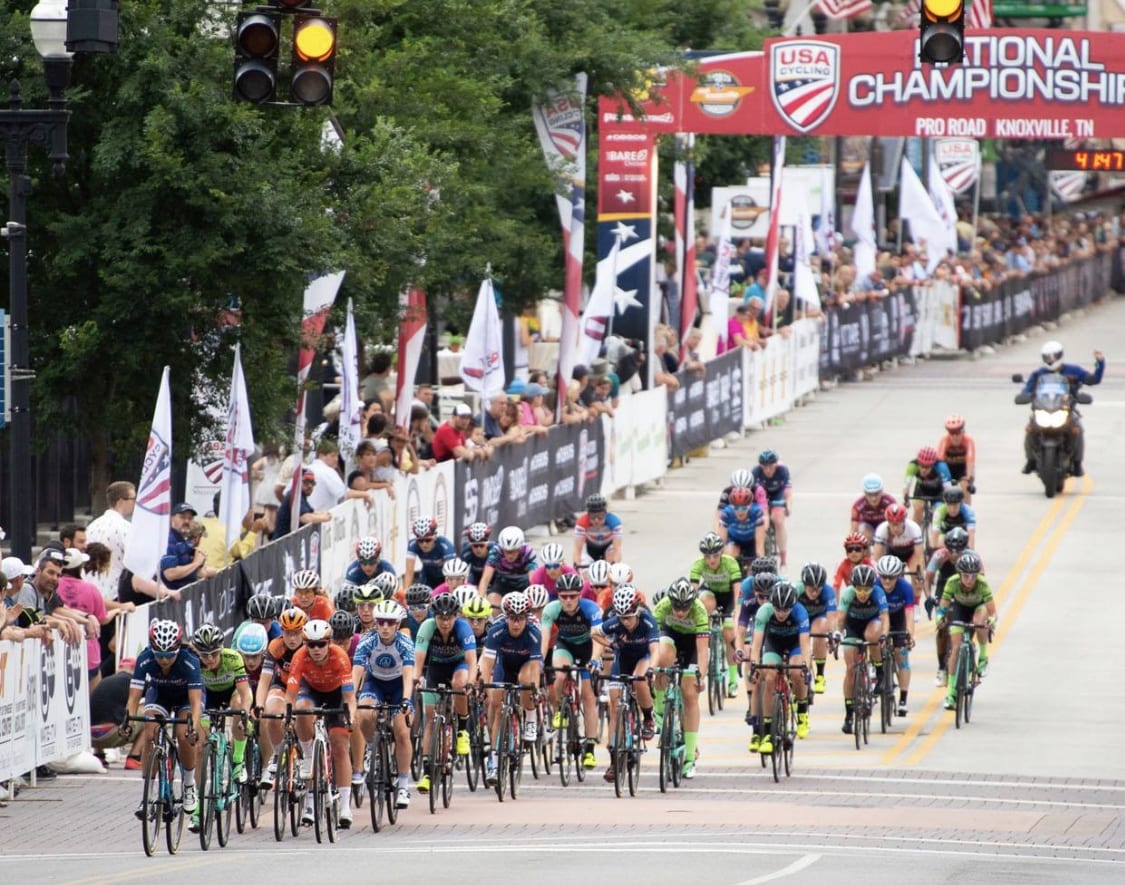 attack if an opportunity arose and work hard covering things for Chloe so she could save it for the end. The race started out with a solo attack which no one seemed to pay much attention to. Other than that attack and a couple others, who managed to get away, the first part of the race was pretty uneventful. I felt great every time we went up the climb where I made sure to stay at or near the front, which was pretty encouraging considering I was climbing with some of the top riders not just in the country, but in the world. Every time we went up the climb I noticed how split the field would get, and always found myself in the front group of about 10-20 riders. It never took too long though for the group to get back together on the flat highway section of the course following the descent. Towards the end of the race, when the time to the break reached over 4 minutes, attacks started going up the climb and it took everything in me to stay near the front. On the third to last lap after the climb, I again found myself in a group of about 15 riders including my teammate Chloe. An attack went, I followed, and I ended up finding myself in a break with Ruth Winder from Trek Segafredo, and Lilly Williams from Supermint. I knew this was a good break to be in but I didn’t want to work with the group too much since Chloe was in the chase group. We soon caught the two riders who were in the early break but not too long after, I found the pace to be too much for me and slowly drifted back. I was soon caught by the following group going up Sherrod and did my best to stay within reach of them by the top. Thankfully, it all came back together yet again soon after the descent. A couple other teammates and I took turns pulling at the front to lessen the gap to the break for the rest of the lap, and by the time we hit Sherrod on the final lap, I exploded and fell off the front. I ended up rolling into the finish with a group that formed after the climb. In the end, 19th place isn’t a stand-out result, and Chloe just missed the podium, but I sure am happy with how my team and I gave it our all. Plus, having my family out there cheering for my brother and I was definitely something special. And as always, huge thanks to my Sho-Air Twenty20 team for all the support and encouragement.